Live from the Carrowcrory Labyrinth Garden

I missed the session about Apples last week, and although yesterday's session was about the Ogham, he invited me to read a poem I recently wrote, as an apple addendum.
My reading of "Sixty is an Abundant and Unitary Perfect Number" starts around 1:05:00

I have to say that before watching John's presentation, I wasn't all that interested in Ogham stones. They seem like nothing more than a man scribbling his name in public, the same old thing whether in gold or spray paint. But John has a way of collecting complicated, controversial theories in Irish culture, and always, always, bringing it down to trees.
John's contributions to helping people world-wide learn more about Ireland and Irish culture deserves a post of its own. Until I write that, his website links to Ronan Kelly's feature about Carrowcrory, featuring Claire Roche as guide. Start there.


Molly NicCeile teaches Irish from her youtube channel, Gaeilge i mo chroí (Irish in My Heart). This episode is about Irish proverbs: the relatable, inspiring, and what she calls "sharp" ones.

My favorite is in the last category: Ní chreidtear an fhírinne ó bhréagadóir. The truth is not believed by a liar. 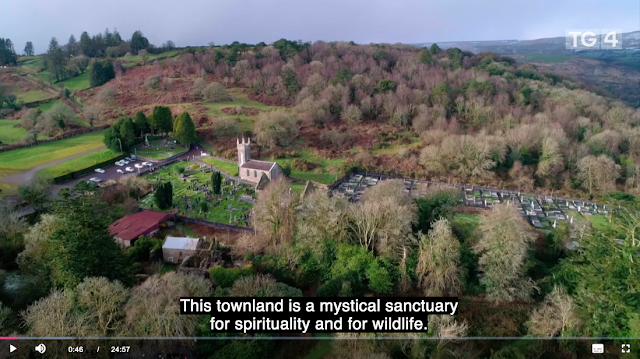 When we lived in Kerry we often visited Gobnait's shrine in Ballyvourney, and I wrote about it many times.

Everything I May Write about St. Gobnait and Hints of What I Can't

Recently on TG4, Gobnait's shrine was featured on a series about Irish townlands, her townland being Gort na Tiobratan.

You should be able to watch it with this link. It's only about 20 minutes. Make sure you turn the subtitles on.

Our house in Dunfanaghy was modern and shiny, but I like our current house more. You can see why for yourself. 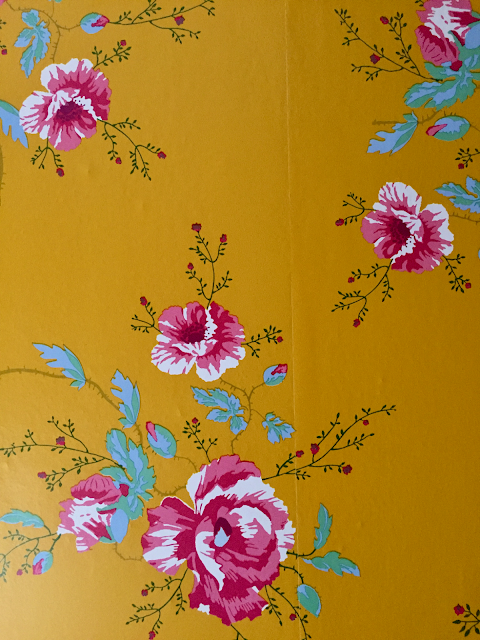 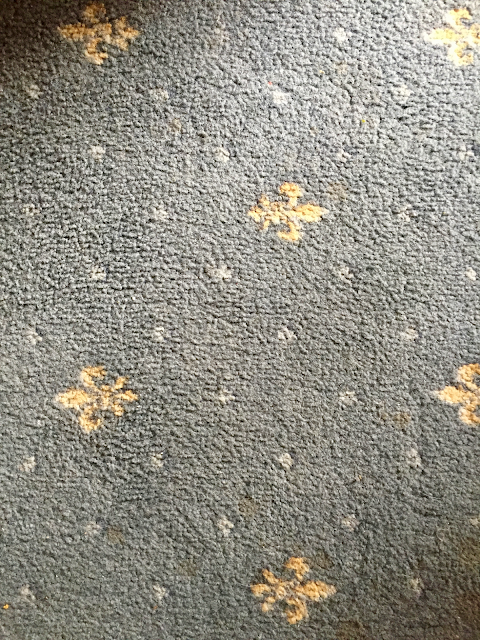 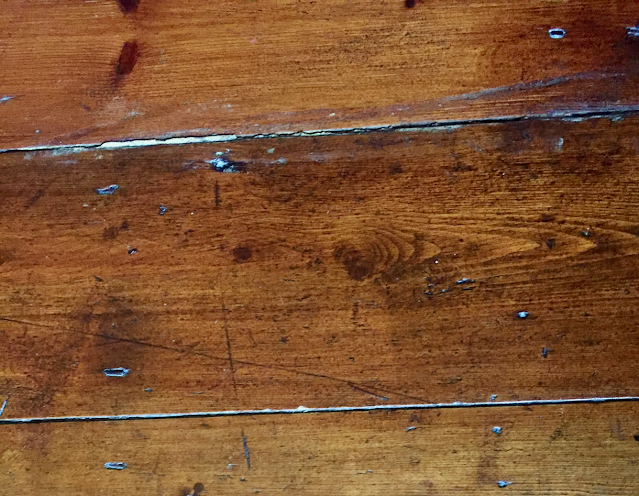 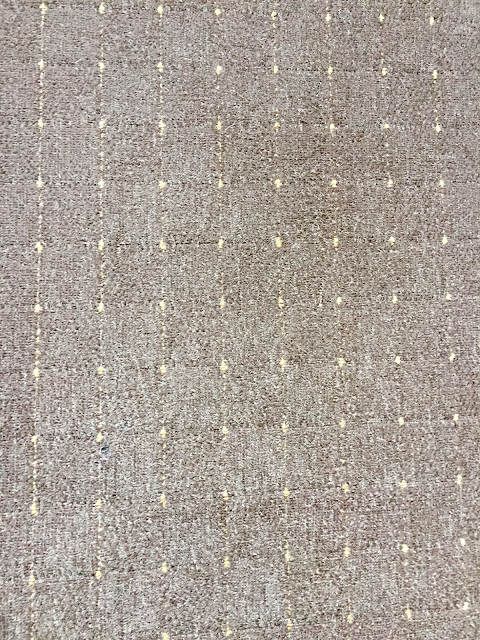 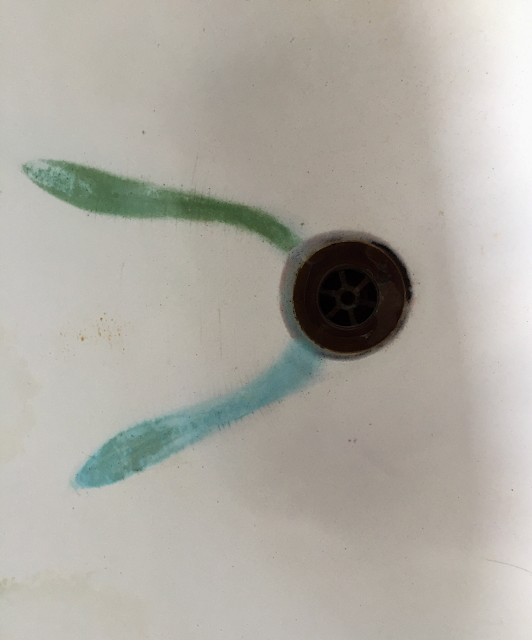 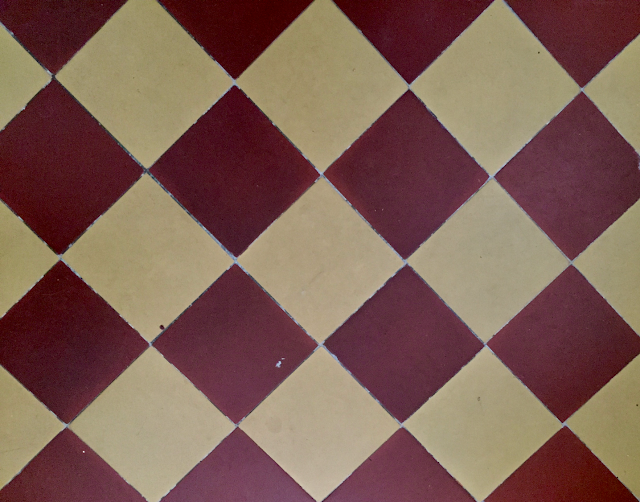 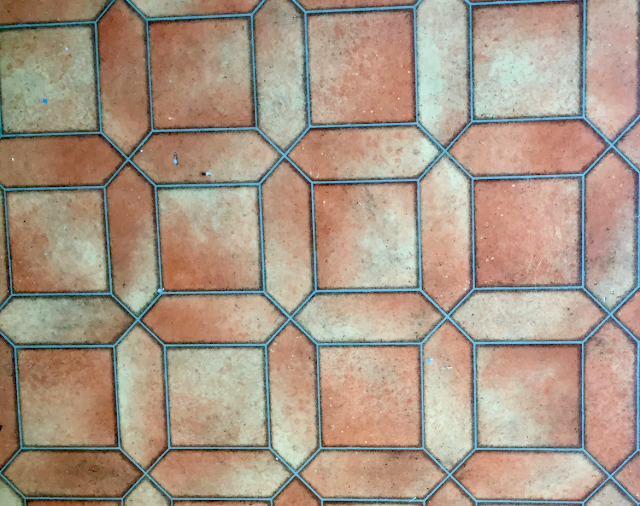 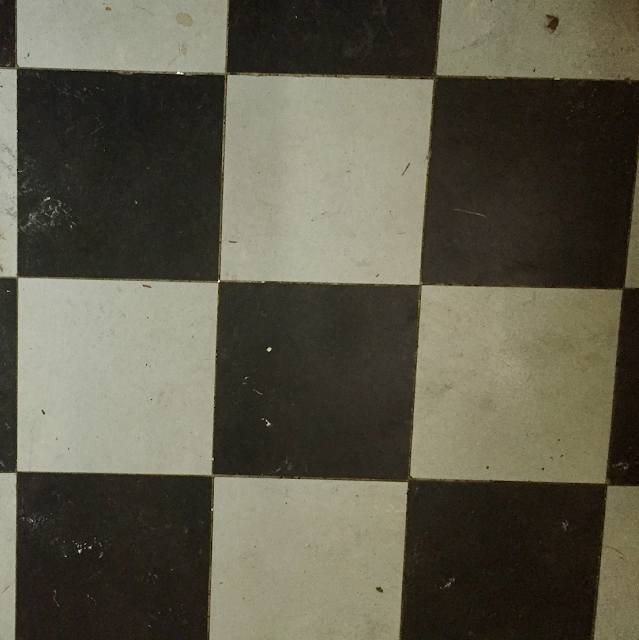 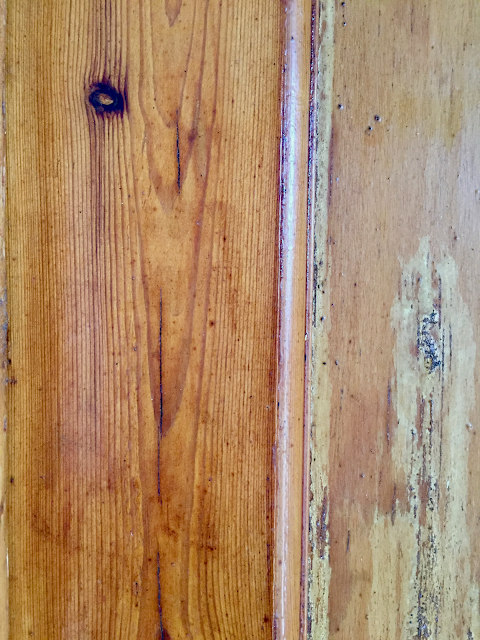 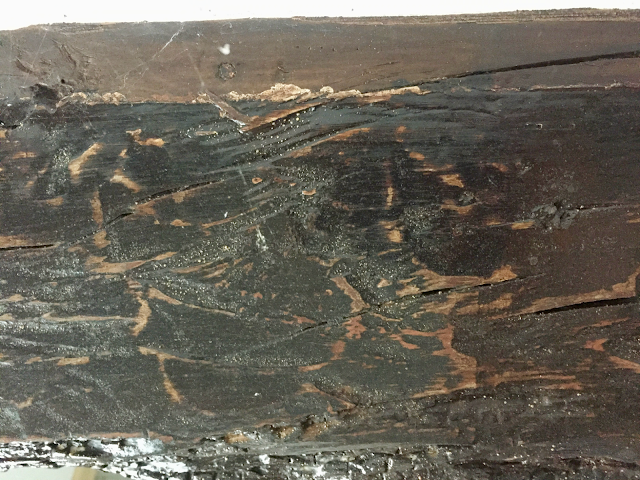 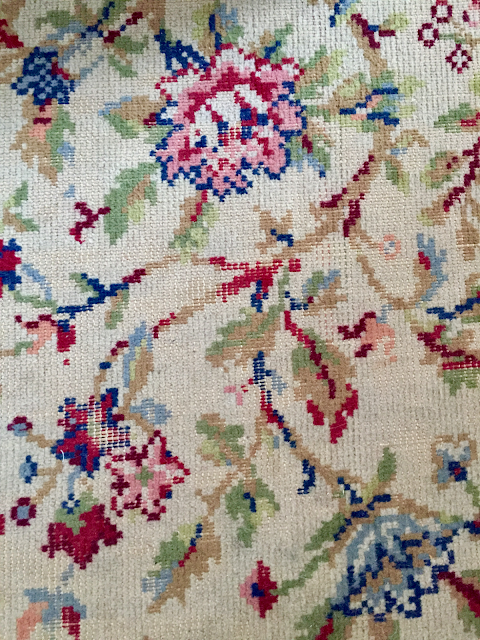 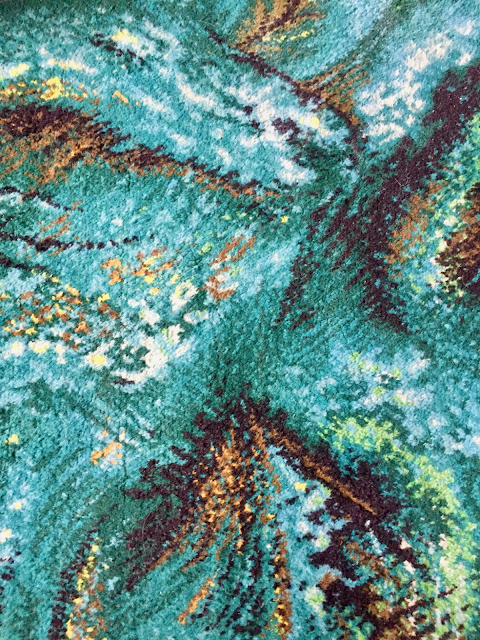 Meditation on a Flock of Sheep, plus New Grange

Click the link for a bigger view on youtube. As the sheep leave the first field, the dog jumps on the back of the quad.

Since I'm experiencing Ireland through my own little neighborhood these days, I thought I'd share the podcasts I take with me on my walks.

As he says, it is probably best to start at the beginning of his podcast a few years ago. He started it to promote a best selling book of short stories, and when his publisher told him he wouldn't sell any copies if he read them out for free on the internet, he just started talking about things that interest him: music history, how to achieve good mental health, Irish culture and history. After a few years, he started doing live gigs, and they're gas. I wrote about the one I went to. RTE listed this one first on their top five Irish podcasts, and I agree that the interview he did with Spike Lee is an excellent introduction.

Each week Kevin Dolan releases a very short show telling an episode in the history of Ireland's independence from the UK.  It helps me understand current events and is relevant to other independence movements of the 20th and 21st centuries. I appreciate how he focuses on just one thing at a time.

This one has been online for more than ten years. Fin Dwyer has done series on the Black Death, Norman Invasion, The Great Hunger—and recently—Irish people who fought on both sides of the Spanish Civil War. He's a historian and you can depend on his well-researched and even-handed analysis. I went on a tour of north Dublin he offered a few years ago.

Been on my phone for ages; never listen to it. I think I can't get past the fact that it is sponsored by a chocolate company. Sometimes I'm my own worst enemy.

Absolute favorite. A guide to Irish history, culture, and politics by two every smart and fearless reporters. They covered Brexit better than anybody, also accents, Derry, 1916, Fairies, the Catholic Church, and "the knowledge gap:" the fact that Irish people know British History, and British people don't know that Ireland is a separate country yet.

I don't listen to Motherfocloir as much as I used to, as the hosts started getting a bit too self-righteous. The podcast is about the Irish language and therefore covers so much more. Don't let my lukewarm reaction keep you from it.

This isn't an Irish podcast, and many people are sick of how Ireland is included in "British Isles." But the archipelago has a shared culture for thousands of years, and I learn things on Oliver's show that apply to what I experience here. Oliver is Scottish, and a popular broadcaster on BBC4. On this show, he's unleashed, and able to express his wonder at mystery, without ever leaving the firm ground of science.

It's like listening to two guys telling each other obscure history stories in a pub. They've been doing it for years. Last week I listened to a story from the War of Independence when a man discovered holy statues bleeding in his bedroom. The statues drew such crowds the town needed the IRA to collect tickets. Michael Collins got interested, and you won't believe what he discovered.

This is another favorite that I've been listening to for years, but I heard they stopped because of illness and lack of technical support. Two geniuses, a storyteller and a linguist, examine Irish mythology and early literature.  Start with their series about Irish goddesses.

Reasons to be Cheerful

Last October, when I was bald and sick from chemo, I visited "Hill of the Fairies," Crockshee, and wrote about it here.

On August 2, Lammas, I wanted to climb a mountain, as people do here on that holiday. The only hill I had a hope of getting up was Crockshee. It was a fairly shite day.

I met this mushroom. I could smell it on the wind before I found it. 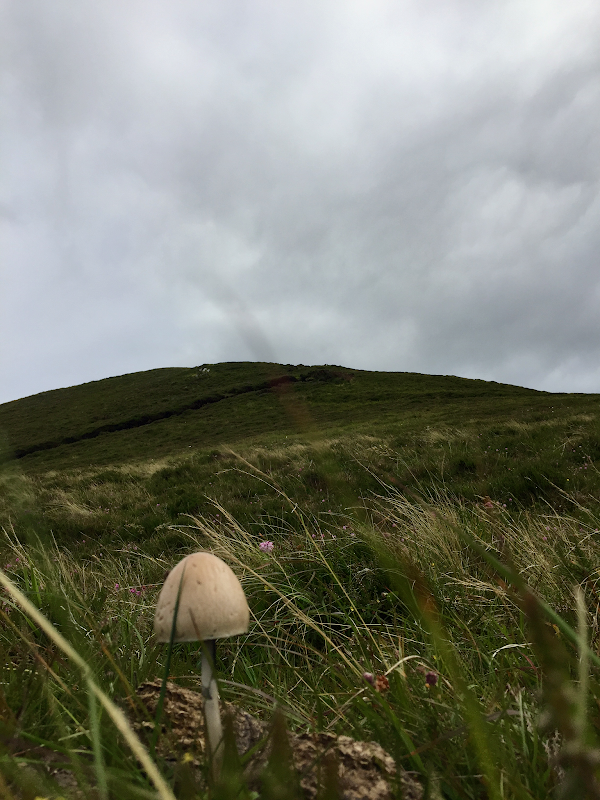 Mostly, I was happy my hair is long enough to get messed up in the wind. 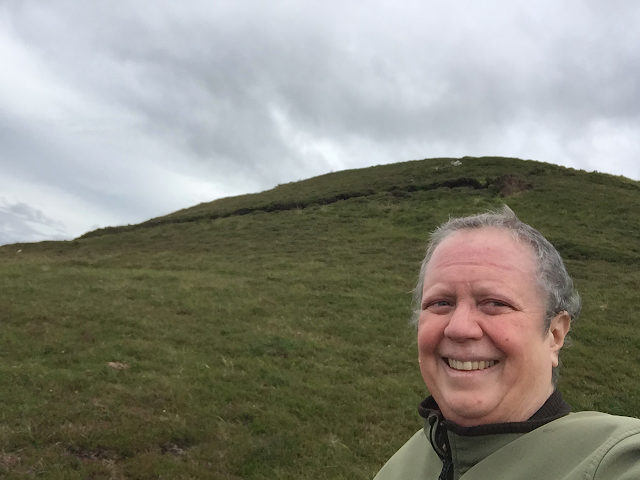